No changes in situation on border – Defense Ministry 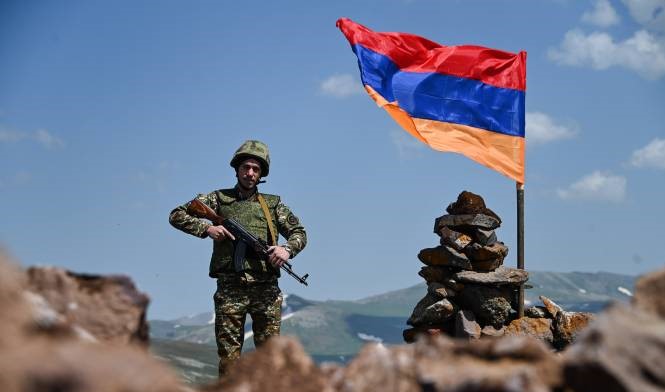 As of 09:00, September 17 there were no changes in the situation on the Armenian-Azerbaijani border, the Armenian Ministry of Defense spokesperson Aram Torosyan said.

On September 13, the Azerbaijani Armed Forces launched a major attack on Armenia from several directions, bombarding both military and civilian infrastructures with rocket-artillery and drone strikes.

Azerbaijan halted its attack in the evening of September 14 after a ceasefire was reached following the involvement of the international community.