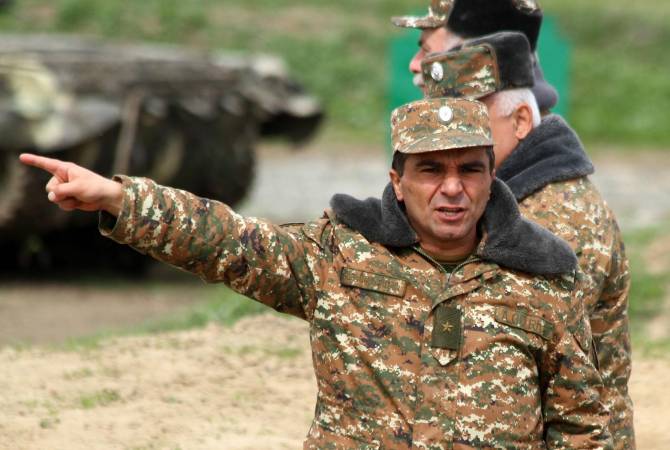 The new Minister of Defense and Commander of the Defense Army of Artsakh Lt. General Mikayel Arzumanyan thanked President Arayik Harutyunyan for trusting him the responsible position and vowed to do everything possible to justify the expectations of the people, Armenpress reports.

“I am serving my fatherland,” Arzumanyan said after the president officially appointed him to the post at the Defense Army command center.

Arzumanyan is replacing Lt. General Jalal Harutyunyan after the latter was wounded in action in the Azerbaijani attacks.

President Harutyunyan expressed certainty that the Defense Army will achieve greater successes from now on under the command of Arzumanyan.