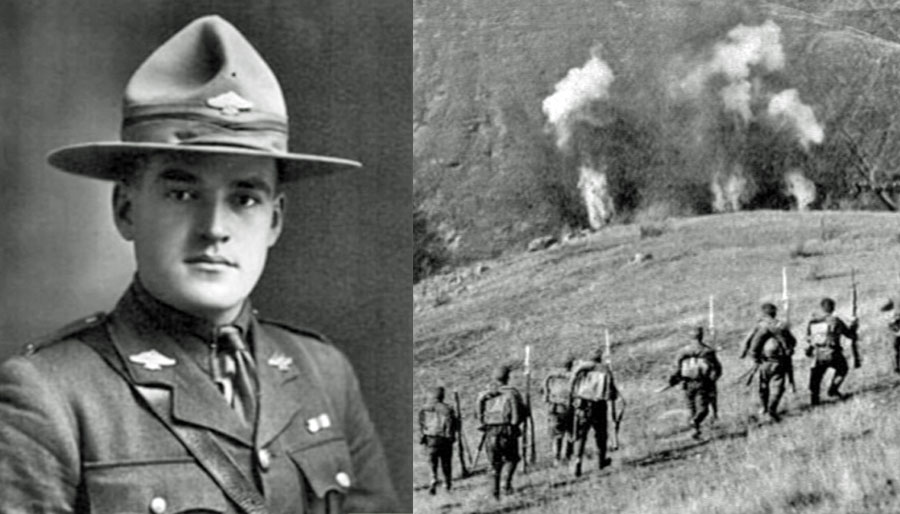 (Newshub) – It’s estimated 1.5 million people died in the Armenian Genocide during World War I – among them, 300,000 Assyrians.

On Sunday, New Zealand’s Assyrian community unveiled a memorial at Makara Cemetery in Wellington dedicated to the Kiwis who fought and died trying to rescue them.

Robert Nichol was a house painter from Lower Hutt, and one of New Zealand’s most respected and decorated soldiers of World War I.

His memory was honoured on Sunday by the descendants of those he died trying to save.

“Captain Nicol [was] shot down and he died, sacrificing his life for thousands of Assyrian refugees,” Assyrian-Kiwi Ashoor Yalda said.

A captain aged just 23, Nichol volunteered for a specialist brigade known as Dunsterforce – a forerunner to today’s SAS.

Dunsterforce was sent to modern day Iran to seize vital oil fields for the British in 1918 – but ended up trying to stop the 20th Century’s first great crime against humanity.

“The Assyrian Genocide was a very specific part of a general process in the Ottoman Empire to ‘Turkify’ the Empire,” historian James Robins explained.

Mr Robins is writing a book on New Zealand’s many links to the Genocide, and is dedicating a chapter to Nichol.

“He was fighting alongside another New Zealander called Alexander Nimmo, who was from Mosgiel in Otago, and he was fighting to defend the rear guard of this refugee column of around 60,000 Armenians and Assyrians who were fleeing annihilation,” said Mr Robins.

Outnumbered 100 to one, the Kiwis fought bravely; Nimmo survived, but Nichol was shot and killed – his body never recovered.

“What he did was brave and courageous in the sense that it was for a humanitarian purpose,” Mr Robins said.

“And it’s important to realise that he volunteered for this mission – he didn’t have to go into that valley to defend those refugees.”

Jacinda Ardern’s Government has never officially acknowledged the Armenian genocide – over genuine fears Turkey would ban Kiwis from visiting Gallipoli if it did – but it was a very different political story a century ago, under William Massey.

“The New Zealand government under Massey during the war, and in the immediate aftermath of the war, used it as a justification for pursuing the war effort,” Mr Robins said.

“They said, ‘We’ll look at these poor Christians in the Ottoman Empire who’re being exterminated – this is precisely why we need to fight this war’.”

So 100 years on, those crimes against humanity are ignored by the New Zealand Government – but the sacrifice Robert Nichol made trying to stop them is remembered by the people he was trying to save.