Journey through Genocide: Stories of survivors and the dead – Interview with Canadian-Armenian journalist Raffy Boudjikanian 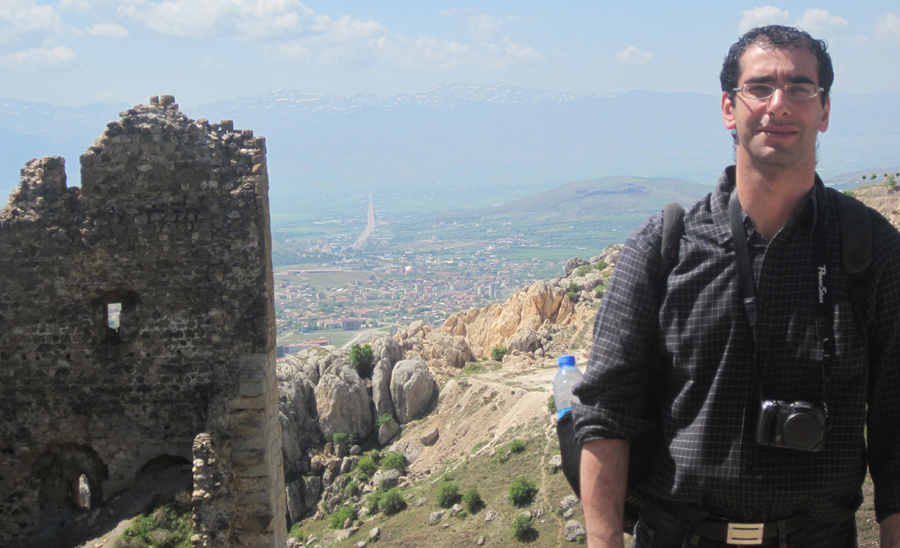 The past 100 years have seen unspeakable horrors inflicted on scores of innocent lives, in Turkey, in Germany, in Rwanda, and others. These crimes against humanity have created a cycle of impunity that reverberates to this day. Among those with a real stake in the struggle for justice and reconciliation is Canadian-Armenian journalist Raffy Boudjikanian, whose grandparents were forced to flee their home in Kharpert (Harput), modern Turkey, and settle in Beirut, Lebanon, as a result of the Armenian genocide. In Journey Through Genocide: Stories of Survivors And The Dead, the CBC Edmonton national reporter travels to three countries afflicted by genocide in order to better understand the nature of such a crime as well as to explore some of its indelible but less-evident marks on its victims. In the following email interview, Raffy Boudjikanian expands on these observations and explains his thoughts on some of the major themes of his book.

In a way, the entire study of previous genocides is hindsight speculation–that hardly makes it a worthless endeavour, since we would have no hope of avoiding the repetition of past atrocities with no knowledge of how and why they occurred in the first place.

Better minds than mine have already engaged in this kind of analysis. In his “Building an anti-genocide regime” paper, for instance, professor Gregory H. Stanton of the N.G.O. Genocide Watch looks back at Rwanda, points out how the U.N. Security Council had voted to pull out its 2,500 UNAMIR troops, and suggests one of the problems the international body faces is that its “peacekeeping forces […] are composed of national troop contingents voluntarily contributed by risk-averse national governments.”

He then cites a potential solution, the idea of a “standing, volunteer, professional, rapid-response force that does not depend on member governments’ contribution of brigades from their own armies.”

Of course, Stanton fully acknowledges that would still require the political goodwill of countries willing to pitch in for the creation of such a force.

I’m not entirely sure there can ever be an ideal way of dealing with a post-genocide reality, but Rwanda seems to be trying very hard.

That being said, there are, of course, lots of differences between Rwanda and the Armenia/Turkey situation. A chief one is that Rwanda is a single country, run by a government led by Paul Kagame, a man who was a key part of defeating the genocidal Interahamwe militia.

From there flowed an examination of what actually happened during the genocide itself, and then the two efforts of seeking justice while also attempting reconciliation.

I would not presume to speak on behalf of either Armenia or Turkey, but both Armenian elected officials and Diaspora Armenian organizations have made their positions public enough over the years to suggest that reconciliation with Turkey cannot really start without the latter’s recognition of the genocide first.

In fact, the Pan-Armenian Declaration published by Armenia in consultation with Diaspora on the eve of the 100th anniversary commemorations had that kind of language.

It called on Turkey to “recognize and condemn the Armenian Genocide committed by the Ottoman Empire,” …and hoped that would “serve as a starting point for the historical reconciliation of the Armenian and Turkish peoples.” 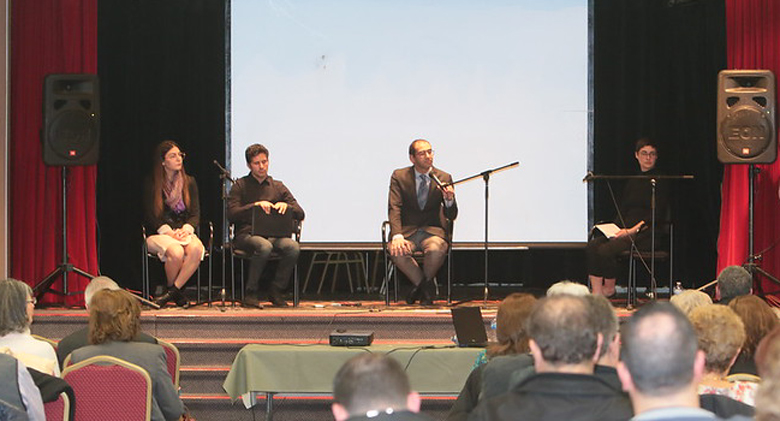 I believe human beings are extremely resilient and extraordinarily capable of coping through the worst of traumas. And here I’m thinking both about our own grandparents’ and great-grandparents’ generations as well as survivors of more modern atrocities, such as the Darfuris I met in Chad.

That being said, I do wish I’d spent some more time interviewing youth there, whether the ones playing soccer or those I briefly met at school later. It is hard to say, but it’s entirely possible some of them are born in the camps themselves, and are not yet entirely aware of how their parents had to escape from Darfur under horrible circumstances.

Who knows? Maybe once they find out, some of that waving and laughing will be a rarer sight.

You probably saw my own personal essay on forgiveness in the last part of the book.

Again, I always hesitate to speak on behalf of other people than myself, but, for me, the disparity lies in the lack of recognition of the Armenian genocide, and, therefore, the lack of a specific apology addressing it for what it was.

“Vengeance as justice,” is, of course, the idea of an eye for an eye. For some, it may satisfy an immediate urge, but it may also leave the desires of victims seeking retribution in the form of recognition, by, say, a legitimate judiciary, or even a guilty party, unsatisfied.

To make that a little less abstract, I could refer you to the example of Saddam Hussein’s execution by hanging in 2006 following his war crimes trial. Critics of the trial included the United Nations, as well as N.G.O.s such as Human Rights Watch. Though Hussein was executed after being convicted of human-rights abuses in the deaths of 148 Shias in the city of Dujail in 1982, he was still at the time of his death on trial for the deaths of thousands of more people, Iraqi Kurds, in the 1980s. He was killed before his guilt was established in those latter massacres in the eyes of the law.

It speaks to the different trajectories of Turkish-Armenians and Diaspora Armenians following the genocide. Though I’ll always think language preservation is important, that part of my trip opened my eyes to the idea that that could be easier said than done, depending on the circumstances of your birthplace and where you live.

And I’d also point out that I met an equal if not superior number of Turkish-Armenians who do speak Armenian in their daily lives. Of course, their words are sometimes peppered with Turkish words or phrases, but hardly more so than how Canadian-Armenians might throw in English or French, or Lebanese-Armenians might briefly tap into their Arabic vocabulary.

I’ll likely always stumble when I’m asked “where I’m from,” and the more cities I live in, the more difficult that will become to answer.

I was on a business trip to London, U.K. last year and genuinely tripped up when the customs agent at Heathrow asked me where I’d arrived from. I almost said Montreal, where I’ve grown up, then thought of saying Calgary, where I’d been living just four months prior to that trip, and then finally realized the correct answer was Edmonton, which is where I had recently moved to (in my defence, it was a long, overnight journey from Edmonton to London).

I’m not sure what the poor agent made of the mental gymnastics he must have seen embodied in my furrowed brow as I tried to figure that out.

I felt a deep, emotional, visceral attachment to Kharpert when I was there, more powerful than any nostalgia, and yet not explicable by nostalgia, because I’d never been there before.

It was not too dissimilar from what I feel when I’m in Armenia–but, again, I’d never been there prior to being 14, so where does that nostalgia come from? My personal interpretation is that I grew up in an Armenian household and spent my formative years attending Armenian school, and taking part in Armenian cultural, scouts and even some sports (yes, sports, though you’d never guess it by looking at me on a soccer field) activities.

So, sure, I consider Kharpert my home–but not my only one, if that makes sense.

As for territorial reparations, talk on that kind of issue seems unlikely to begin between Turkey and Armenia, without the former’s acceptance of the events of 1915 as genocide.