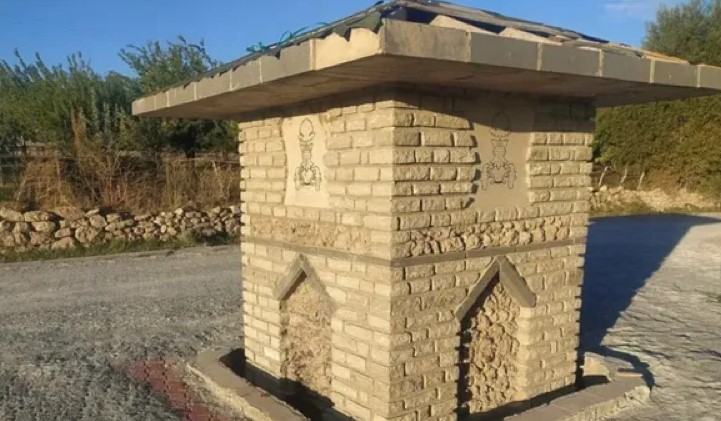 Unknown assailants have damaged a fountain built in the name of world-famous Armenian painter Arshile Gorky in his hometown of Edremit in Turkey’s eastern Van province, Duvar English reports.

The “Arshile Gorky Fountain” was built by the Edremit Municipality in 2015, when it was being run by Democratic Regions Party (DBP).

The pro-Kurdish Peoples’ Democratic Party (HDP) won the local elections in the district in 2019, but the municipality is now being run by a government-appointed trustee as a result of the government’s crackdown on the party.

The sides of the fountain are decorated with Gorky’s biography in four languages – Armenian, Kurdish, English and Turkish.

This is not the first vandalism that the foundation has seen. Previously, the taps were broken and the places where Gorky’s name was written on the stones of the fountain were destroyed.

In the latest attack, the signs with Gorky’s biography in four languages were removed.

On top of the damage, water has been cut off to the fountain. Local officials say the water cut was due to the insufficient water supply to the neighborhood.

The officials stated that the water was given to the houses and that they were not aware of the damage done to the fountain.

Arshile Gorky was born in the Edremit district of Van in 1904. After the Armenian Genocide in 1915 his family first went to Armenia, and then to the USA. He committed suicide in 1948.

With his art, Gorky inspired not only his contemporaries but also the next generations. His paintings are exhibited in the most important museums of the world.