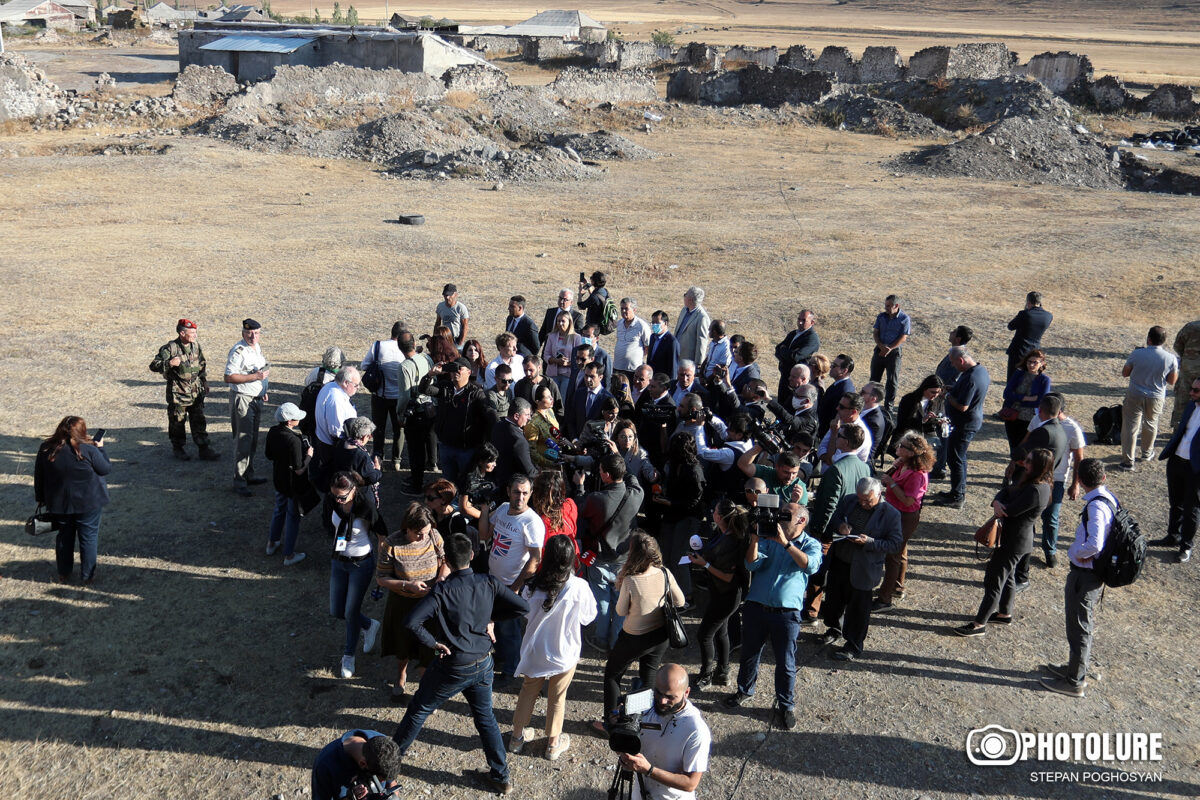 More than 30 representatives of foreign diplomatic representations accredited to Armenia visited the settlements of Gegharkunik province affected by recent Azerbaijani aggression. The visit has been organized by the Ministry of Territorial Administration.

In Gegharkunik, Syunik and Vayots Dzor, 192 residential buildings were damaged, 60 of them were destroyed as a result of the aggression unleashed shortly after midnight on September 13.

Vehicles, including ambulances, were hit. There were power outages in the areas affected by the shelling.

Last week representatives of diplomatic missions visited the city of Jermuk, which was heavily damaged in Azerbaijani shelling.