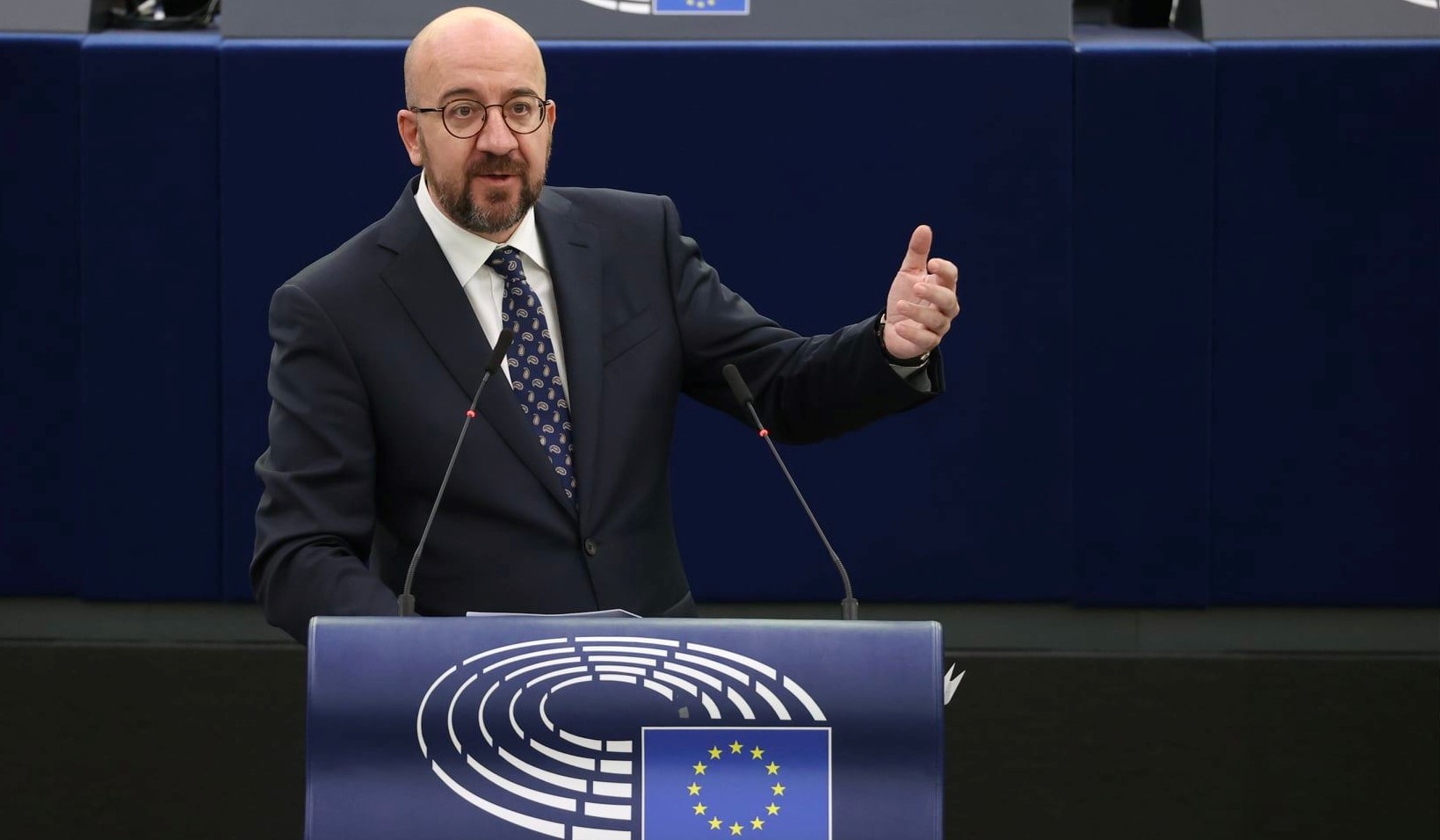 Our discussions focused on recent developments in the South Caucasus and the relations between the EU and both countries, President of the EU Council Charles Michel said after taljs with Armenian Prime Minister Nikol Pashinyan and Azerbaijani President Ilham Aliyev.

Below are Charles Michrl’s remarks in full:

Our exchanges were open and productive – and I would like to thank both leaders for that. We reviewed the entire set of issues on our agenda.

It is positive to see that quite a few steps have been taken to take forward the agreements reached during our last meeting.

Today we agree to step up substantive work to advance on the peace treaty governing inter-state relations between Armenia and Azerbaijan and tasked the Foreign Ministers to meet within one month to work on draft texts.

We also had a detailed discussion on humanitarian issues, including demining, detainees and the fate of missing persons.

President Michel stressed to Azerbaijan the importance of further release of Armenian detainees.

The EU will continue to be engaged in these questions.

We reviewed progress on all questions related to the delimitation of the border and how best to ensure a stable situation.

We agreed that the next meeting of the Border Commissions will take place in Brussels in November.

We reviewed progress of discussions on the modalities for unblocking the transport links.

With all these discussions, I would like to underline that it is important to take the population along on both sides and prepare them for a long-term sustainable peace.

Public messaging is critical in this regard – in a sensitive situation like this every word spoken in public is obviously listened to by the other side and weighed.

The EU is ready to further step up its support towards a long-term sustainable peace. The EU will also continue to push for the advancement of economic development for the benefit of both countries and their populations.

We have agreed to meet again in this format by the end of November.