City of Glendale recognizes the Republic of Artsakh 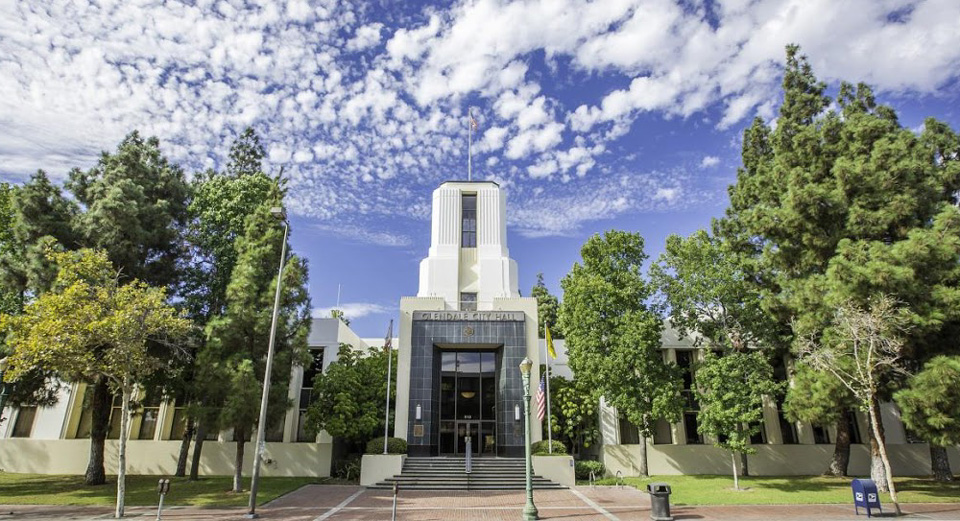 On Tuesday, October 27, the Glendale City Council adopted a resolution recognizing the independence of the Republic of Artsakh (Nagorno-Karabakh) and formally called upon the President of the United States and U.S. Congress to do the same, Panarmenian reports.

The resolution said the U.S. recognition of Karabakh would bring peace and stability to the Armenian Highlands Region (South Caucasus).

The City of Glendale, California is home to many Armenians, who comprise the largest Armenian diaspora per capita, and have contributed to the culture, economy, and overall prosperity of the City of Glendale. Glendale is also home to Artsakh Avenue, renamed in 2018 in honor of the heritage and culture of Glendale’s Armenian-American residents. The City of Glendale has stood up for human rights and has spoken out against man’s inhumanity to man, demonstrated by the passing of a resolution on September 29, to stand in solidarity with the people of Armenia and Artsakh to condemn Azerbaijan’s aggression. 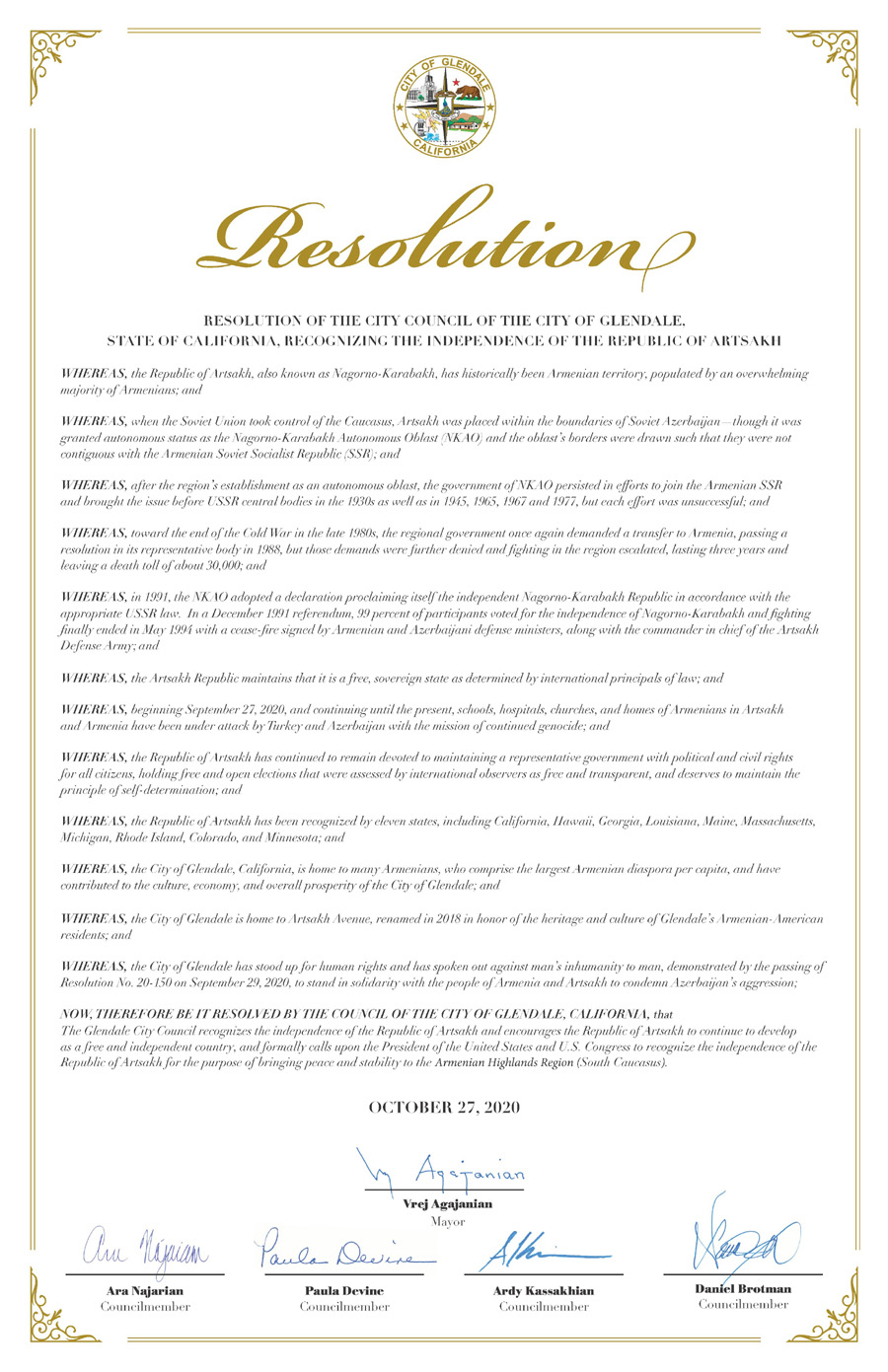