Christian Armenia being brutally attacked by Azerbaijan: MEPs stand in solidarity with Armenians 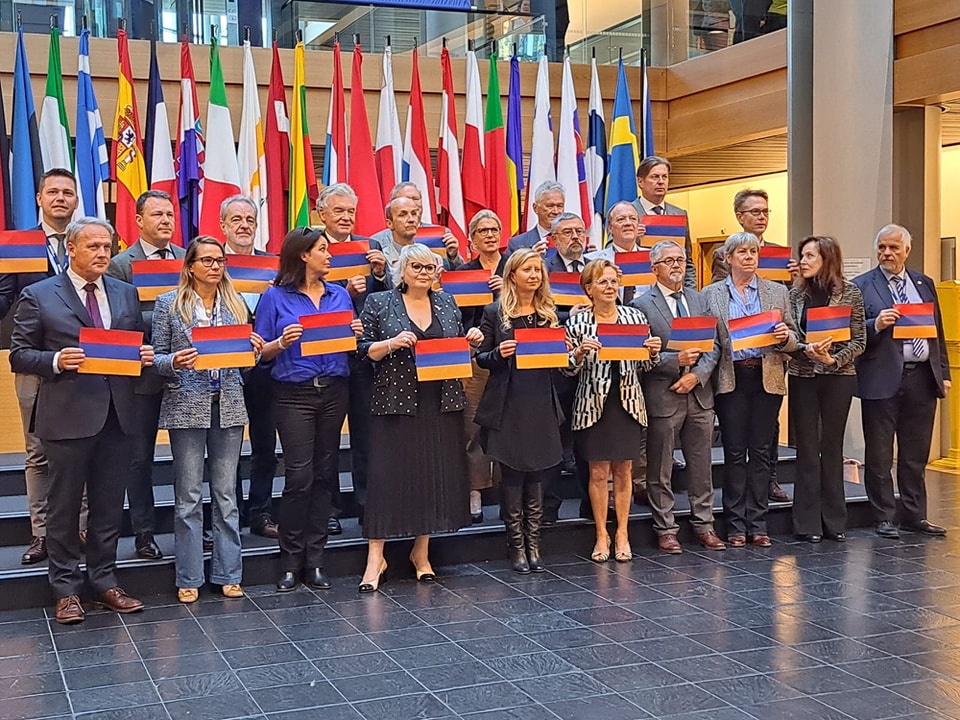 (Armradio) – Members of the European Parliament representing the Identity and Democracy Group staged a symbolic action on Wednesday, expressing support to Armenia.

“Christian Armenia is being brutally attacked by Azerbaijan. The EU is looking the other way since Von der Leyen begged for gas from the Azeris. With a delegation from our Identity and Democracy fraction, we express our support for Armenia with a symbolic action in the European Parliament,” Belgian MEP Tom Vandendriessche said in a Facebook post.

“Armenia is a symbol. She is an old country that has always defended its cultural identity, just as Europe must, today, defend its identity and values,” members of the Group said in a statement.

On Tuesday the heightened tensions between Armenia and Azerbaijan were discussed at the European Parliament, when High Representative for Foreign Policy Josep Borrell answered the MEPs’ questions.

Borrell said the occupation of Armenian lands is unacceptable and called for Azerbaijani troops to withdraw.