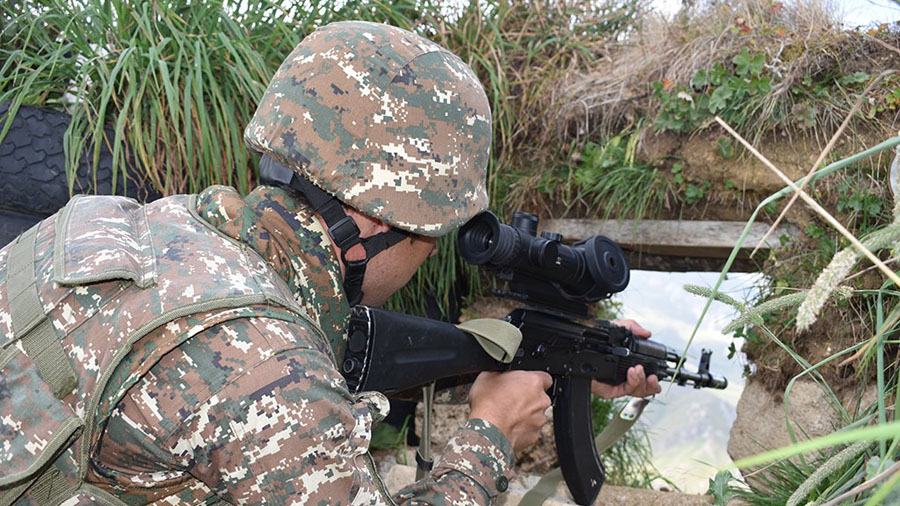 Armradio – The enemy has launched a new large-scale offensive near the Araks Valley and Mataghis-Talish section, Armenian Unified Infocenter informs.

“The Artsakh Defense Army successfully resists all attacks and attacks, inflicting significant losses in personnel and equipment of the enemy,” the Defense Ministry said.

At the moment, 22 tanks and 10 other armored vehicles of the enemy have been destroyed, the Ministry said.

“More than 370 servicemen have been destroyed, a large number of soldiers are wounded. According to the information received, the number of seriously wounded soldiers is 35% of the total number of troops,” the Defense Ministry said.