Armenian youth rally in front of Azerbaijani Embassy in Athens 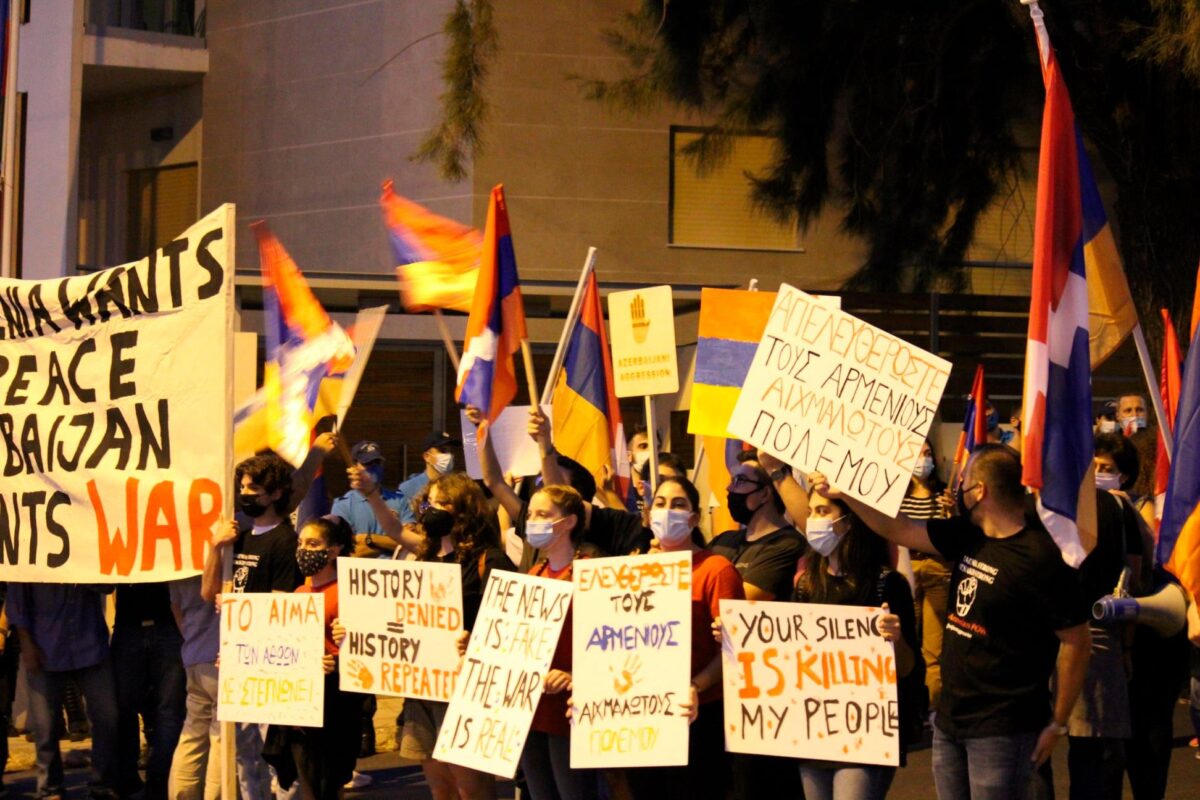 Armradio – Armenians in Greece rallied in front of the Azerbaijani Embassy in Athens on Monday, the Armenian National Committee of Greece reports.

One year after the war waged by Azerbaijan against the Republic of Artsakh, the young Armenians in Athens and Thessaloniki raised their voices against the violent action of Azerbaijan.

A year since the violent war, which left thousands killed and wounded, Azerbaijan fails to return Armenian prisoners of war and civilian hostages.