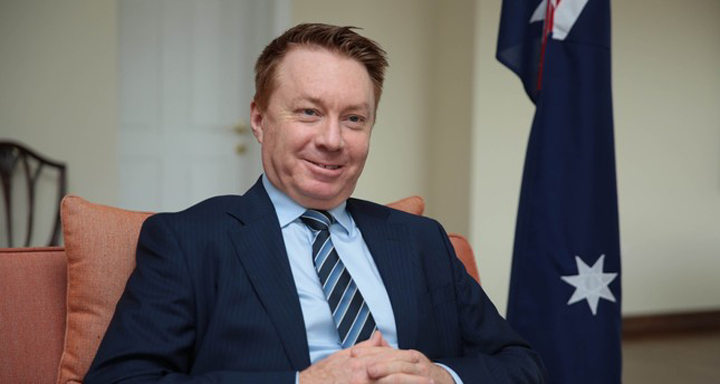 CANBERRA: The Armenian National Committee of Australia (ANC-AU) has criticised Australia’s Ambassador to Turkey and Azerbaijan, Marc Innes-Brown for denouncing the 31st March 2020 democratic elections held in the Republic of Artsakh.

Over 72% of registered voters in the self-determined Armenian Republic of Artsakh (previously known as the Republic of Nagorno Karabakh) overcame fears brought about by the coronavirus pandemic, and exercised their democratic right to elect a competitive 33-seat Parliament and vote for a new President.

Innes-Brown, under significant social media pressure to join fellow ambassadors serving their nations in Ankara and Baku, succumbed by tweeting that Australia “does not recognise the ‘elections’ which took place in Nagorno-Karabakh on 31 March”.

ANC-AU has condemned the statement as “anti-democratic” and “not in compliance with Australian values”. 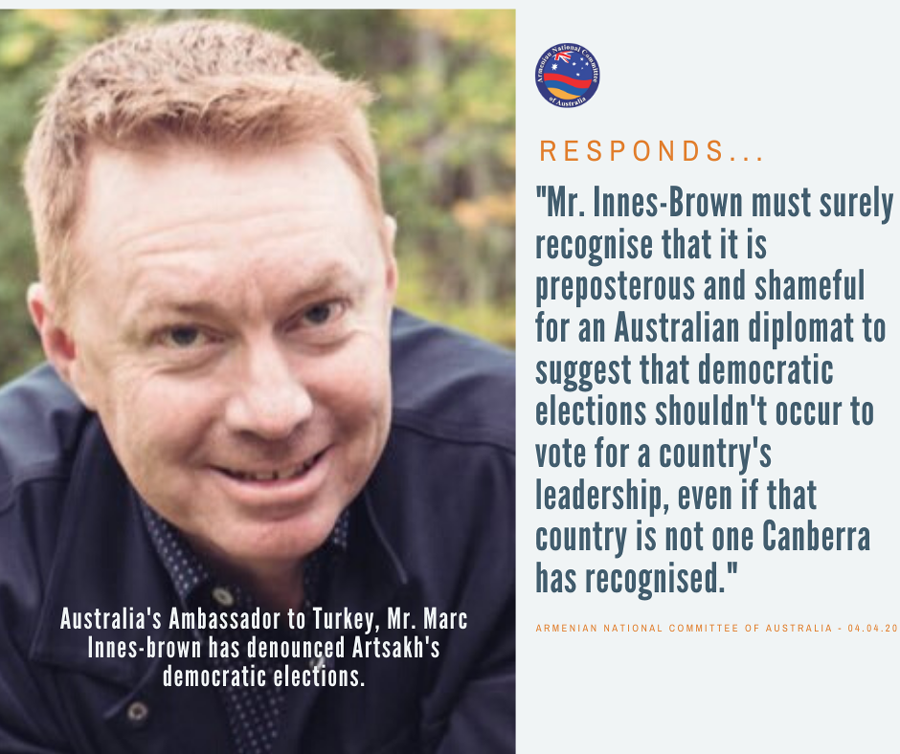 “We are obviously aware that Australia has not recognised the rights to self-determination of the indigenous Armenians of the Republic of Artsakh, however to suggest that a self-determined republic in that part of the world should not vote for its leadership is anti-democratic and not in compliance with long-standing Australian values that honour democracy and self-determination,” said ANC-AU Executive Director, Haig Kayserian.

“Mr. Innes-Brown was inundated by tweets from citizens of Azerbaijan and Turkey yesterday to make this statement, and it is a real shame that he has seemingly given in to their requests instead of standing up for the values upheld by his own country’s citizens.”

In his tweet, Innes-Brown also reiterated Australia’s support for “the territorial integrity of Azerbaijan” and said: “It is more important than ever the OSCE (Organization for Security and Co-operation in Europe) Minsk Group continues its role in the peace process to achieve a negotiated settlement.”

Kayserian responded: “Mr. Innes-Brown has also erred by declaring Australia’s support for the OSCE peace process, after contradicting the OSCE by declaring support for Azerbaijan’s territorial integrity without mentioning support for the other two principles of conflict resolution that are being equally considered by the OSCE Minsk Group. These are the non-use of force and a people’s right to self-determination.”

“We demand that the Department of Foreign Affairs and Trade correct Mr. Innes-Brown on this. He must surely recognise that it is preposterous and shameful for an Australian diplomat to suggest that democratic elections shouldn’t occur to vote for a country’s leadership, even if that country is not one Canberra has recognised.”

Kayserian added: “It is also counter-productive to make misguided pre-determinations about a peace process that has not yet reached its conclusion. That is the very definition of taking sides, which the Department of Foreign Affairs and Trade have said they do not do in the Nagorno Karabakh case.”

“If sides were to be taken, we would think Australians would prefer the side that holds democratic elections, like the indigenous Armenian population of Artsakh has again done, rather than the country that is a politician-bribing, war-mongering, journalist-jailing, opposition-muzzling dictatorship – one which announces election results before votes are even cast, and which hands power from father to son in clearly rigged ‘elections’.”

ANC-AU also commented on the OSCE Minsk Group Co-Chairs, who also released a statement dismissing the results of the Artsakh elections.

“The OSCE Minsk Group has repeatedly asserted that ‘self-determination’ is one of the equal, defining principles of the peace process it is leading, which is why this statement by the Co-Chairs dismissing the elections of one of the parties to the conflict damages their credibility and puts in question their commitment to achieving peace in the region,” Kayserian said.

“Armenian-Australians congratulate the people of the Republic of Artsakh on their free and fair elections. We wish luck to all who participated and pledge to work with them to achieve peace in the independent nation they voted for – the Republic of their ancestors.”