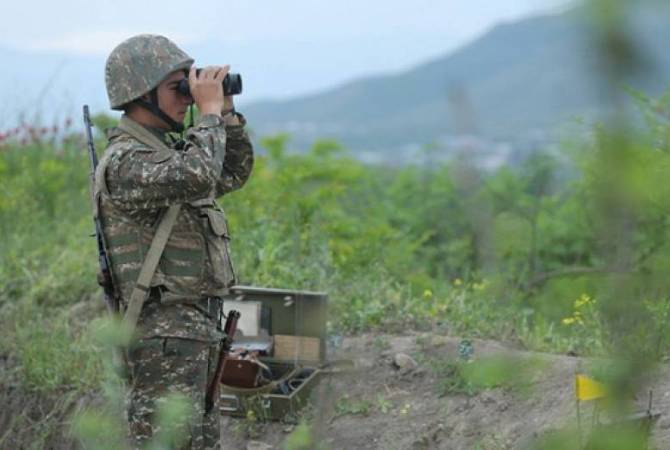 Today, throughout the day, hostilities continued along the entire frontline, but not with great intensity, official representative of Armenia’s Ministry of Defense Artsrun Hovhannisyan told a daily briefing.

“In the southern section, in the direction of the front line from Berdzor to the shores of Araks River, our Armed Forces managed to improve certain positions,” Hovhannisyan said.

“In addition, fighting against subversive groups continues in the vicinity of villages in Martuni and Askeran regions of Artsakh. Today, the fighting took place in the direction of Sghnakh and Avetaranots villages, as well as the adjacent hills and forests,” Hovhhannisyan stated.

He said the subversive groups penetrate in different directions, the fight against them implies certain tactics of separate combat operations, not like the typical intensive combat battles characteristic of regular all-out battle or the fifth-generation war.

During the day, the shelling of different settlements of Artsakh in different directions continued. Mainly artillery and missile means were used.