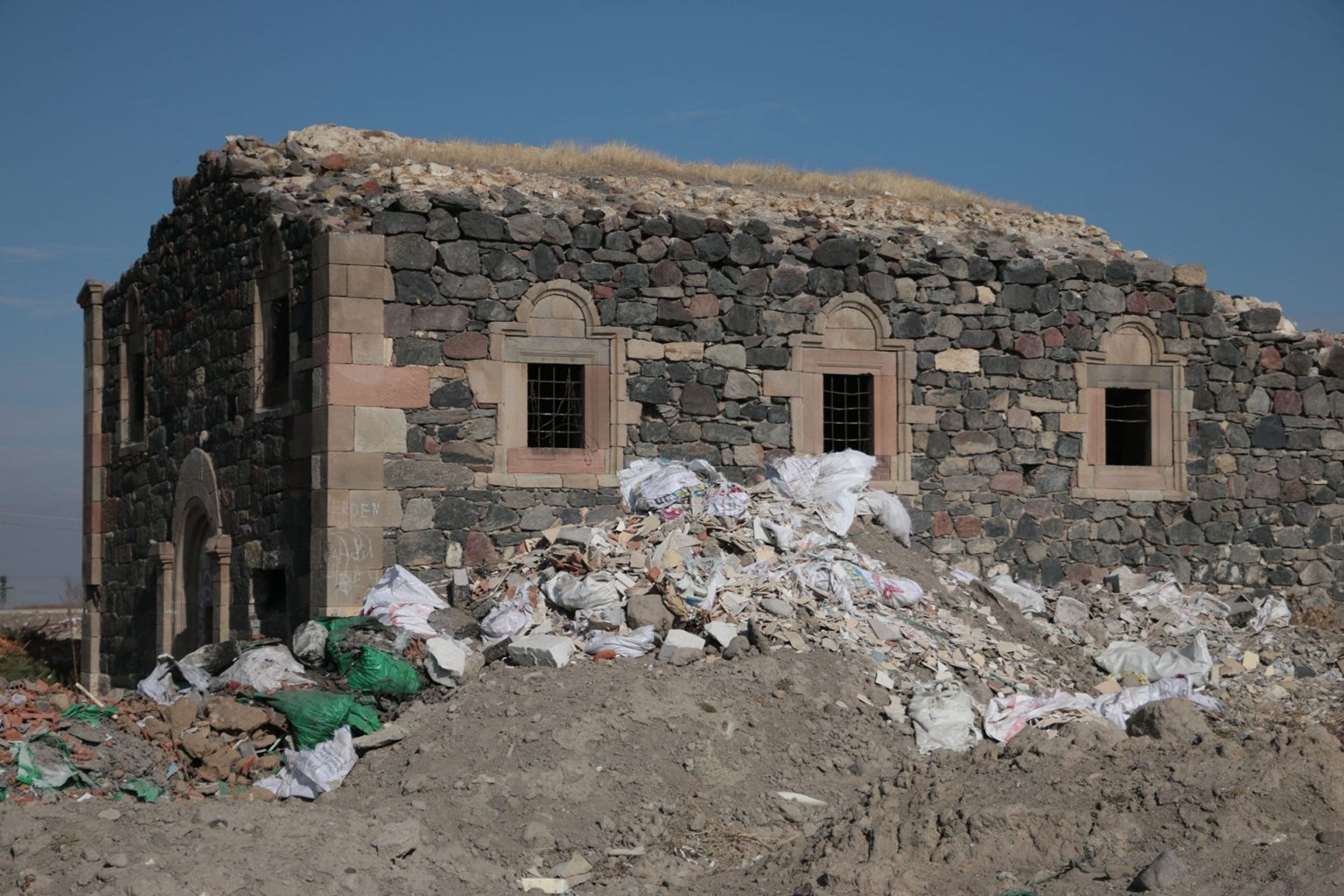 The half-ruined Surp Minas Church in Gezköy neighborhood built in 1790 was registered as a historic monument in 2010, which means it was to be protected by the state. However, the reality is quite different.

In addition to turning it into a landfill, the church is also being attacked by treasure hunters. Persons in search of treasure have drilled the walls and columns of the church. Some frescoes inside the church have been erased.

In 2016, Sabri Ergin, the owner of the church said the municipality had threatened to destroy the church if it was not restored. He has applied to a number of structures to have the church restored, but has received no response.

The municipality now claims that Ergin’s permission is required to restore the church.