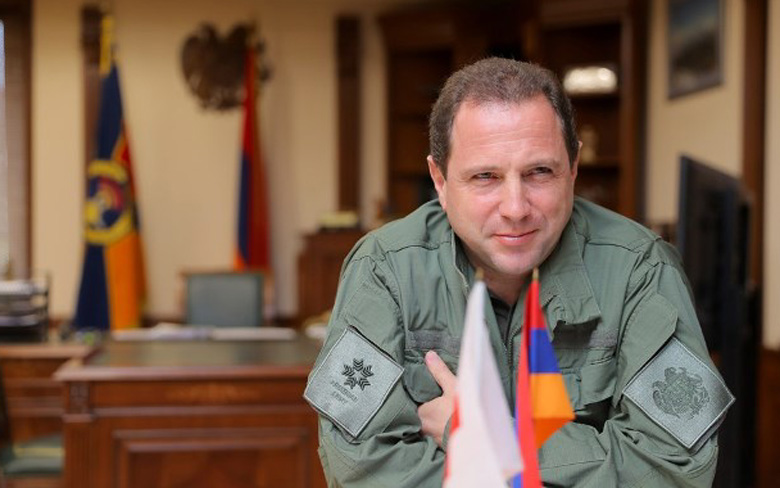 Former Armenian Defense Minister Davit Tonoyan has been arrested on suspicion of embezzlement of large sums of money, the National Security Service confirmed on Thursday, September 30.

Tonoyan and weapons supplier Davit Galstyan are accused of stealing AMD 2,277,323,840 (over $4.6 million), as well as for “committing publicly dangerous acts,” the NSS revealed.

In addition, criminal charges have been brought against former and current high-ranking military officials for abuse of power and committing fraud with severe material consequences.

Given the scale and importance of the case, the NSS promised to provide more details and updates about the course of the preliminary investigation and the final results.