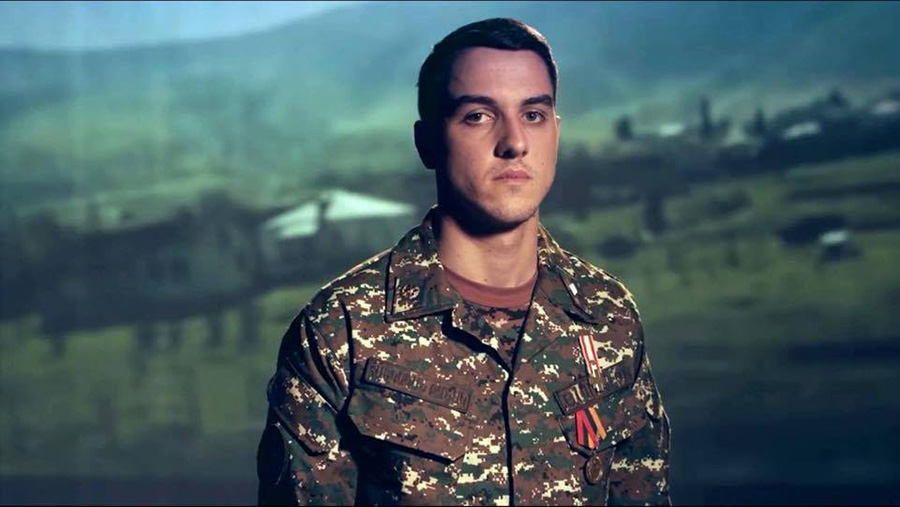 Shuli Hakobyan, a participant of the 2016 April War and an awardee of the Battle Cross Order of 2nd degree, marks today his 24th birthday anniversary, Panorama.am reports.

Today, everyone from kids to elders know the hero from Armenia’s second largest city of Gyumri who hit three tanks in half an hour during the four-day war in April 2016. His friend Rafayel Hovhannisyan was at the frontline during the war as well. Being just three posts away from Shuli, Rafayel also hit three tanks. Speaking of the boys’ heroism, the Gyumri residents proudly state: “Gyumri hit six tanks.”

Shuli does not consider himself a hero. In numerous interviews he used to say what he did was just his military duty, while those who fell during the war for the sake of motherland are the real heroes.

Born in Gyumri in 1996, Shuli was called to army in 2014 to serve in a military base in Mataghis. During the four-day war, Shuli was in Talish, serving as a deputy commander of an antitank platoon

Shuli Hakobyan was one of those heroes, who managed to withdraw the enemy from the distance of 1,200 meters by targeting three of their tanks with antitank missile system. Today, Shuli works at the Ministry of Defense.