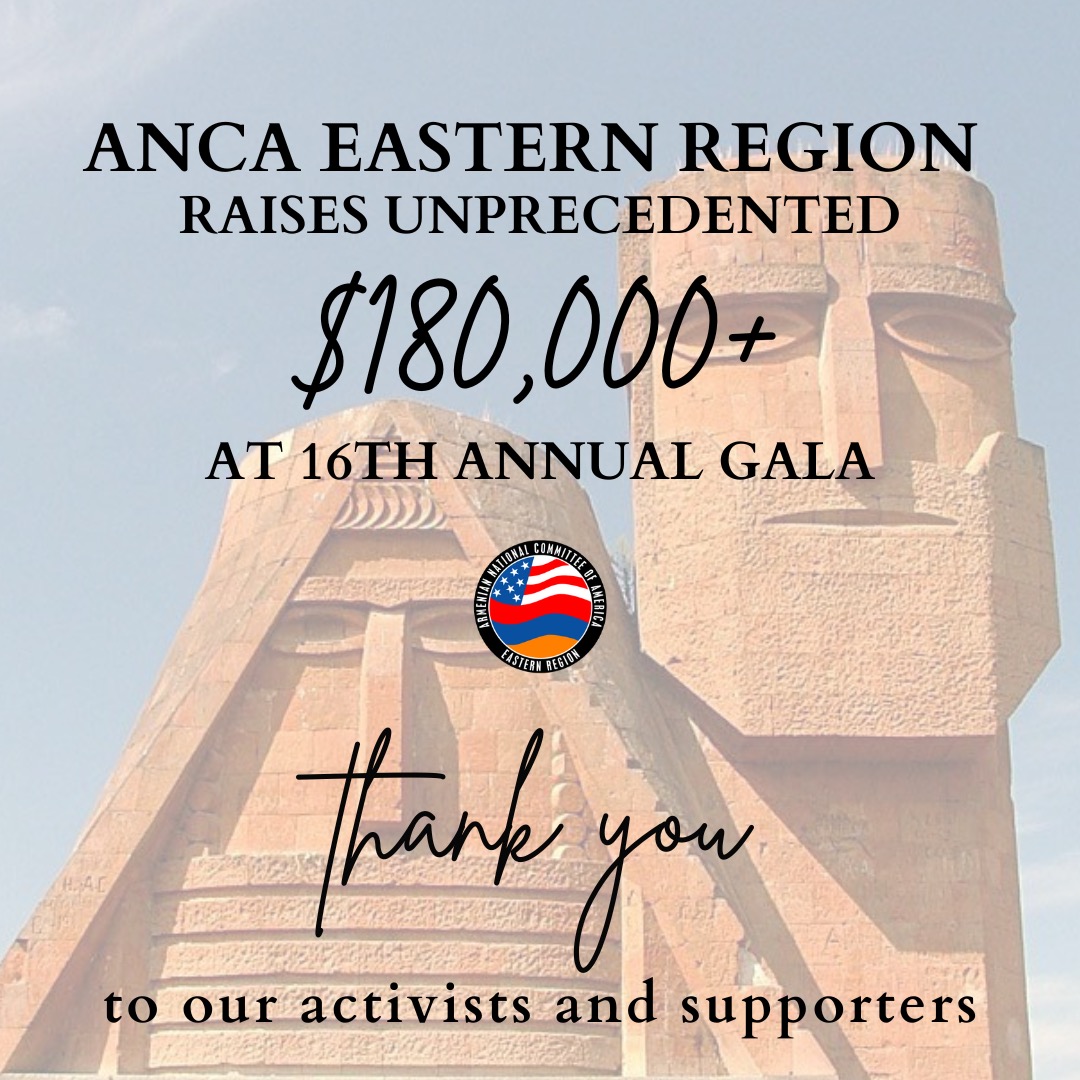 DEARBORN, Mich. – The ANCA Eastern Region (ANCA-ER) raised an unprecedented amount – more than $180,000 at its 16th annual gala in Dearborn, Michigan on Saturday, October 29. More than 200 community members and leaders gathered to support the work of the region which includes 34 local ANCs throughout the region’s 31 states.

Critical funds raised as a result of the tireless work of the gala host committee and ANCA-ER Board will be dedicated to the work of the region and focus on developing youth and activist programs in support of the Armenian Cause.

“The need for our advocacy has never been more important, and these contributions play a vital role. On behalf of the ANCA-ER, I want to extend my heartfelt appreciation to all for attending the gala and to all who supported the region with their financial contributions,” said Steve Mesrobian, ANCA Eastern Region Endowment Fund treasurer. “We not only honored our steadfast activists at the gala, but recommitted ourselves to Hai Tahd. As the region works to empower our current activists and shepherd the next generation of Hai Tahd activists, we know that with all of you by our side, we can achieve even more.”