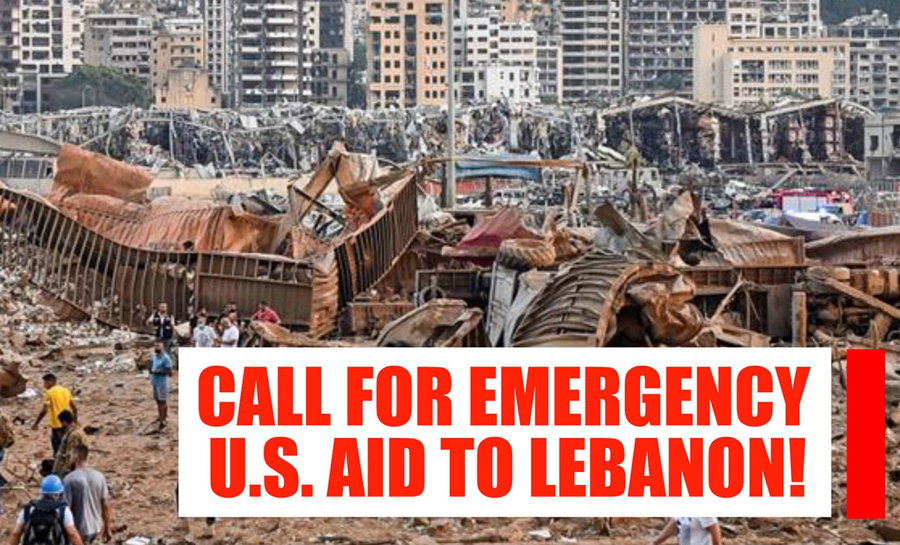 In the aftermath of a powerful August 4th explosion in Beirut, which has left at least 100 dead, 5,000 injured, and Armenian business, homes, and community institutions devastated, the Armenian National Committee of America (ANCA) is working with the White House and Congress to provide a robust relief, rebuilding, and development aid package for the people of Lebanon.

In a nationwide action campaign – anca.org/Lebanon – launched less than 24-hours after the blast, the ANCA is calling for immediate emergency relief.

“As an American with connections to Armenians in Lebanon and who cares deeply about all the diverse communities that make up this great nation, I encourage you to work with your Congressional colleagues to ensure that U.S. and international assistance reaches all at-risk population, including Armenians and other Christians.,” notes the grassroots letter to Congressional leaders.

The message reminds elected officials that “Lebanon warmly welcomed survivors of Ottoman Turkey’s WWI-era genocide of millions of Christians, including Greeks, Assyrians, Chaldeans, Syriacs, Arameans, Maronites, and Armenians. To this day, these communities and many others – of all faiths and backgrounds – call Lebanon home. In a Middle East that is – sadly – becoming less and less diverse, Lebanon stands out as a model of pluralism, tolerance, and co-existence.”

Armenian populated areas in the city and suburbs surrounding Beirut, including the Bourj-Hammoud district, have been hit hard, with churches, community centers, schools, and homes badly damaged and requiring significant reconstruction before they can serve the population.  Lebanon Armenian community leaders have confirmed that at least 11 Armenians have been killed and over 250 injured as a result of the blast which, according to initial news accounts, was caused by the detonation of more than 2,700 tons of ammonium nitrate that had been stored in a warehouse near the Lebanon port since 2013. Lebanon relief organizations, including the Armenian Relief Society of Lebanon, have been working non-stop to help the injured, with hospitals overloaded with victims.

The disaster comes amid Lebanon’s efforts to battle the Covid-19 pandemic and dire economic developments in the country.