5 Things To Know About Kavak Monastery In Artsakh 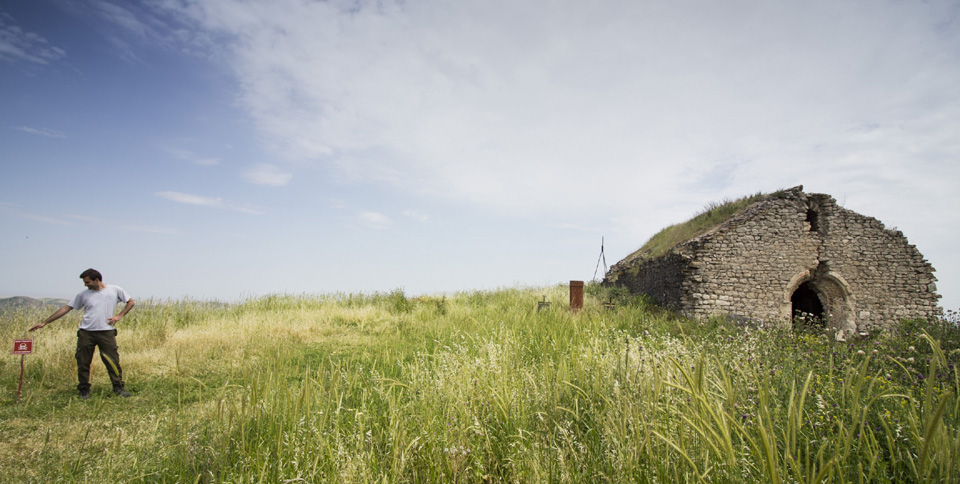 Armenia and Artsakh are known for being home to the world’s earliest Christian monasteries. Tourists flock to them, diasporans get married in them, and locals worship in them.

But a minefield left behind from the 1988–1994 war with Azerbaijan is preventing locals from accessing the 18th century Kavak Monastery safely in Artsakh. That’s where you come in.

We’ve already cleared 12% of the minefield with The HALO Trust, but need your help to continue this lifesaving (and monastery-saving) work! Here are 5 things to know about Kavak, and how you can save it.

1. It played a key role in the Artsakh War

Because of its location atop the large Mengelenata Hill in Artsakh’s southeast Hadrut Province, Kavak Monastery played a strategic role during the war, and exchanged hands several times between Armenian and Azeri forces. The result: deadly landmines placed in the ground by both sides of the conflict.

2. It’s isolated, but not forgotten

We visited Kavak with The HALO Trust twice last year, and it’s clear that the site is still important to local people, even though it looks abandoned. Candles lit not too long ago by worshippers for their loved ones in the monastery, and remnants of religious animal sacrifices outside showed us that the monastery is not completely forgotten. Here’s what one of our donors had to say about Kavak:

My father was from a village near Kavak Monastery. Every time I visited the village, I would look at Kavak and listen to stories from the local people about the monastery. I would like to go there someday. It’s great that people are working to make the area safe.

3. Over 90 landmines have already been found

Since 2007, The HALO Trust has cleared five minefields on the Mengelenata Hill. As a result, the road leading up to Kavak, part of the hillside, and agricultural land at the foot of the hill have been declared safe — a total of 95,816 square meters (95.8 hectares). They found and destroyed over 90 landmines, over 50 unexploded ordnances and stray ammunition, as well as hundreds of other smaller remnants of war. Only one minefield remains, designated “G-15A, Mengelenata 2B” by HALO. This is the minefield we’re trying to clear.

4. Deminers working there are all local people

Two teams of 8 deminers are working at Kavak, and all of them are locals of Artsakh. Manual demining is the most effective way to ensure that the land is 100% safe, and local people are particularly motivated to rid their country of dangerous remnants of war. They have valuable local knowledge, and undergo weeks of intensive training before they begin working.

Employing local people is particularly important for us at ONEArmenia, as it is a key priority for every project we implement. Did you know that HALO is one of the largest private employers in Artsakh, employing 260 mostly local people? Deminers also get paid about twice the average salary in Artsakh. HALO’s higher-than-average salaries allow their employees to help stimulate the local economy. It’s what our organization lives for, literally!

5. Deminers are searching for mines on a steep slope

Mengelenata 2B is located on the hill’s northeast facing slope, 30 meters away from the entrance of Kavak. The first time we visited in June 2018, the monastery was surrounded by tall, dry grass on all sides, which extended down the slopes of the hill — we couldn’t even see where the slopes began because of the grass. By our second visit in August, we were impressed to see that not only was all the grass gone, but that the demining team had constructed a highly organized grid of stairs and pathways down and along the side of the hill, all by hand.

The stairs were steep and nerve-wracking to climb down the first time, but without these stairs and the paths, searching for mines safely would be impossible. To prevent earth and debris from tumbling down uncleared land, the team is working from the bottom of the slope up. They must attach harnesses that are tied around their waists to stakes nailed deep into the ground in case of an accident. Needless to say, we are humbled by these heroes, and grateful for the work they are doing.

When you donate to our Mine-Free-Artsakh Program, you’re creating stable employment for local people, removing landmines to prevent senseless death, and saving one of Artsakh’s cultural heritage sites. Sounds like a no-brainer to us.