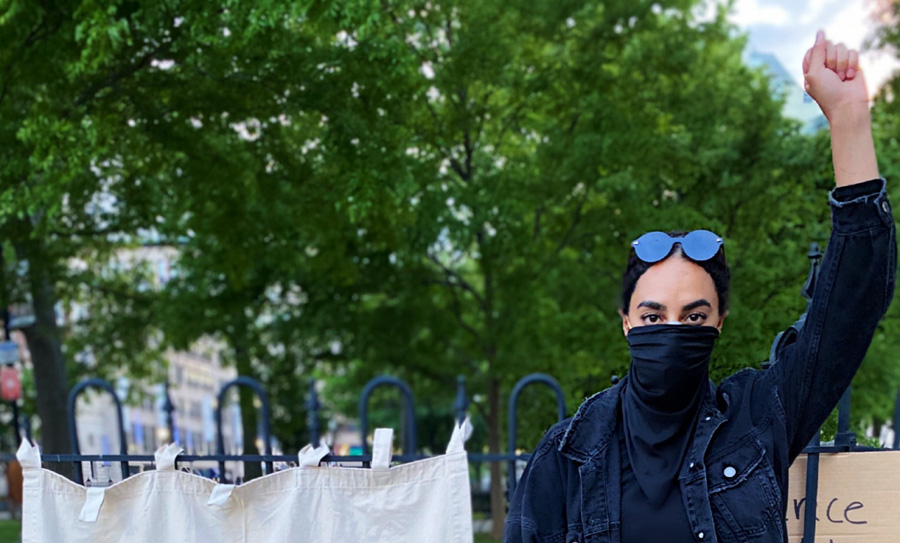 Kohar Avakian is an Armenian, Black, and Nipmuc scholar and a proud member of the Armenian community of Worcester, MA. She is currently a Ph.D. Candidate in American Studies at Yale University.

Reparations. Noun. The Webster Dictionary definition reads as follows: “a) the act of making amends, offering expiation, or giving satisfaction for a wrong or injury, b) something done or given as amends or satisfaction, c) the payment of damages.” I learned the word when I was a child in AYF. Perhaps I didn’t know the exact definition at the time; what I did know is that Turkey had done something very bad to us that led to many of us dying, which is how we ended up in America. As I got older, I learned more about how we were treated as outsiders, required to pay elevated taxes and subjected to dress codes, all on the basis of our identity. I learned about how Turkish soldiers forcefully removed us from our land, tore our families apart, and raped and converted our women. Turkey had taken away so much from us and through their denial, they silenced survivors and continued to reap the benefits of our oppression. Our people didn’t deserve to die. They deserved to be whole––to have their land, their families and their homes in one piece. They still deserve justice.

I didn’t have to look up the definition of reparations to understand its meaning. You see, my dad is Armenian and my mom is Black and Native American, from the Nipmuc Nation of Massachusetts. Just like Armenians had suffered under the Ottoman Empire, my Black and Native ancestors endured brutal conditions of genocide, slavery and removal at the hands of their colonizers and captors in the Americas. However, I didn’t learn about this history in school. Instead, I heard stories that celebrated America’s “great” founding fathers––how they won wars, amassed riches and accumulated land. But the textbooks never mentioned how they committed genocide, owned other human beings and violated our women and children; they neglected to recognize the nation’s true founding fathers and mothers: the Black and Native peoples who were massacred, looted from, and violently uprooted from their ancestral land––a debt that has yet to be repaid. In my heart, I knew this omission was wrong. In addition to erasing the racial violence, history books failed to capture the unbelievable strength, sovereignty and resilience of America’s original Black and Native stewards. They had survived and thrived despite all attempts at their decimation so that I could be here today. They deserved to live and have their stories of survival celebrated and told, just like my Armenian predecessors. They still deserve justice. 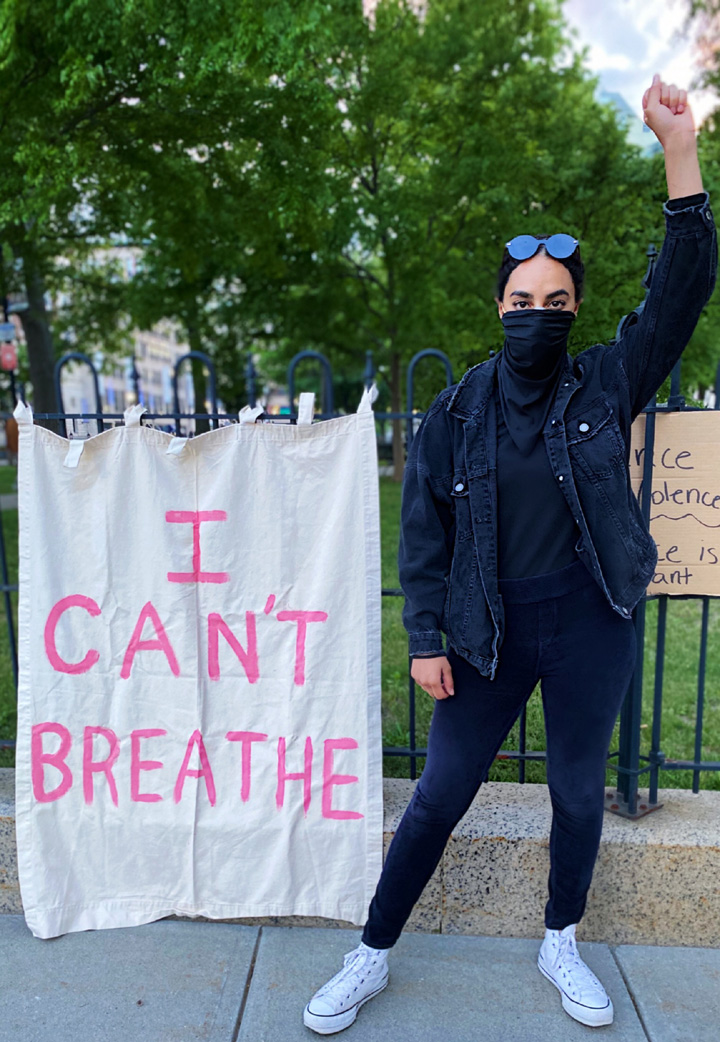 I re-encountered the word reparations when I got to college. For the first time, I learned about America’s long-lasting legacies of slavery and genocide in school, about the violent and often tacit forms of institutionalized racism, such as police brutality, mass incarceration and housing discrimination that continue to disproportionately disenfranchise Black Americans today. Outside of the classroom, I eagerly got involved with #BlackLivesMatter on campus, an internationalist anti-racist movement founded in 2013 by three Black women—Opal Tometi, Patrisse Cullors and Alicia Garza—in response to the slaying of Trayvon Martin. Trayvon was only 17, walking to a relative’s house in a gated Florida community with a bag of Skittles and an iced tea in his hands when George Zimmerman fatally shot him. Unarmed. I was 17 at the time too. He was supposed to graduate with my class, but he never got that chance. His murderer still walks a free man. He deserved to walk across that stage. He deserved to live. And so did Amadou Diallo (23), Oscar Grant (22), Sean Bell (23), Aiyana Stanley-Jones (7), Renisha McBride (19),  Jordan Davis (17), Tamir Rice (12), Eric Garner (43), Michael Brown (18), Walter Scott (50), Freddie Gray (25), Sandra Bland (28), Corey Jones (31), Philando Castile (32), Stephon Clark (22), Ahmaud Arbery (25), Breonna Taylor (26), George Floyd (46), Tony McDade (38), Dion Johnson (28), and the millions of other nameless Black victims whose lives were cut short by racial terror worldwide. We are tired of adding names to this list. Being Black should not be a crime. How many more have to die before we see justice?

“The time is now, the power is yours.” That was the theme of AYF Junior Seminar in 2010. Before I had the opportunity to learn about the histories of Black and Native resistance in college, the Armenian community taught me everything I knew about reparations, protest and the necessity to fight for liberation; it was also where I saw the beauty of collectivity and solidarity-building and experienced the power of youth organizing firsthand. It is now the time for us to practice what we preach and to pursue justice for those who toiled to found the nation that provided our ancestors refuge when they needed it most. It is time to listen, to use our voices and to stand in solidarity with Black diasporans all over the world. It is time to get educated, to have conversations within our families, and to eradicate the anti-blackness in our neighborhoods. If you truly believe that all lives matter, then you will fight for all lives equally and honor the memory of our ancestors by choosing the right side of history: that of justice. There is nothing radical about choosing what is right. If you are not yet with us, then you are simply not listening. And we all know what a shame it is not to be heard.

The time is now and the power is ours.

This article was first published in the Armenian Weekly